Inspector Ken Wharfe, MVO, was personal protection officer to the late Diana, Princess of Wales, in charge of round-the- clock security at home and abroad, from 1987 until 1993. He retired from the Metropolitan Police in 2002, after thirty-five years' service, nearly half of it in royalty protection, and on his retirement, was appointed a Member of the Royal Victorian Order, an honour in the Sovereign's personal gift. His memoir of his service with the late Princess, Diana: Closely Guarded Secret, co-written with Robert Jobson, was a bestseller on its first publication and again when it was reissued in a revised edition in 2016. He remains in demand both as a speaker and as a commentator on royal security. 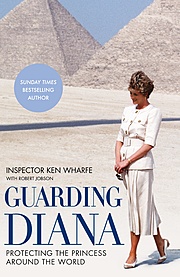