Mark Synnott is widely regarded as one of the most prolific adventurers of his generation. He has written for publications including Outside, Men's Journal, New York, Skiing, Climbing Magazine, Rock and Ice and Ascent among others. Today he works almost exclusively for National Geographic Magazine. He lives in New Hampshire. 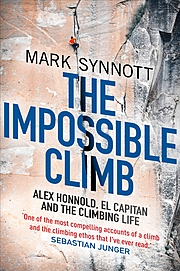