Martyn Waites was born in Newcastle Upon Tyne. He trained at the Birmingham School of Speech and Drama and worked as an actor for many years before becoming a writer. He has been nominated for every major British crime fiction award and has enjoyed international commercial success with eight novels written under the name Tania Carver. 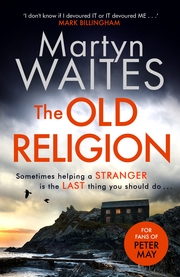