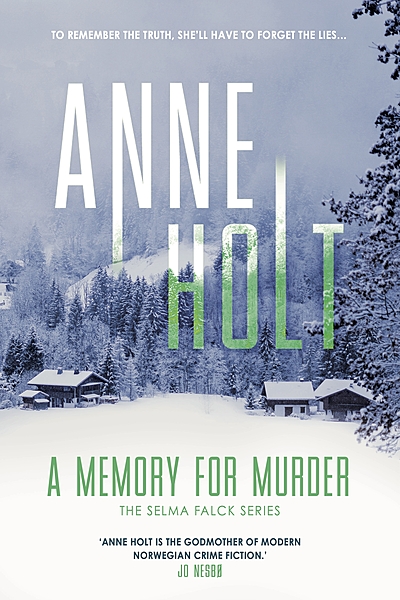 A Memory for Murder

When former high-powered lawyer turned PI Selma Falck is shot and her oldest friend, a junior MP, is killed in a sniper attack, everyone - including the police - assume that Selma was the prime target.

But when two other people with connections to the MP are also found murdered, it becomes clear that there is a wider conspiracy at play.

As Selma sets out to avenge her friend's death, and discover the truth behind the conspiracy,her own life is threatened once again. Only this time, the danger may be closer to home than she could possibly have realised...

Anne Holt is Norway's bestselling female crime writer. She spent two years working for the Oslo Police Department before founding her own law firm and serving as Norway's Minster for Justice between 1996 and 1997. She is published in 30 languages with over 7 million copies of her books sold

The book starts with the assassination of a Norwegian MP in a cafe – an attack in which private...

What an exceptional read. At first, I was not excited about this book. My first impression was...

I received a pre-release hardback copy of A Memory for Murder from Readers First, a month before...

A thriller to escape real life - bring it on!

A thriller to escape from the everyday dull of life. I really like the sound of this book. The...

This book is the first book that ever made me want to read it so bad before I even got to read...

Selma Falck previously worked as a lawyer but moved into the field of PI work. When she is shot...