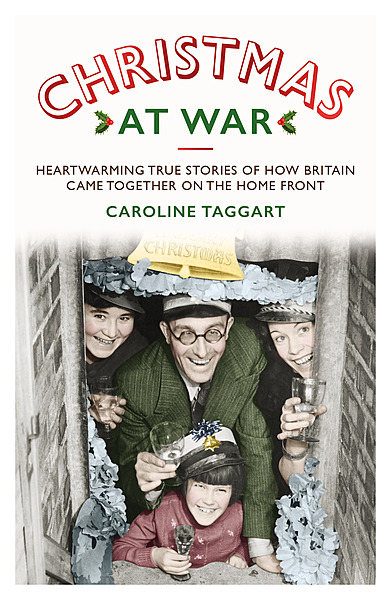 No turkey. No fruit to make a decent pudding. No money for presents. Your children away from home to keep them safe from bombing; your husband, father and brothers off fighting goodness knows where. How in the world does one celebrate Christmas?

That was the situation facing the people of Britain for six long years during the Second World War. For some of them, Christmas was an ordinary day: they couldn't afford merrymaking - and had little to be merry about. Others, particularly those with children, did what little they could.

These first-hand reminiscences tell of making crackers with no crack in them and shouting 'Bang!' when they were pulled; of carol-singing in the blackout, torches carefully covered so that no passing bombers could see the light, and of the excitement of receiving a comic, a few nuts and an apple in your Christmas stocking. They recount the resourcefulness that went into makeshift dinners and hand-made presents, and the generosity of spirit that made having a happy Christmas possible in appalling conditions.

From the family whose dog ate the entire Christmas roast, leaving them to enjoy 'Spam with all the trimmings', to the exhibition of hand-made toys for children in a Singapore prison camp, the stories are by turns tragic, poignant and funny. Between them, they paint an intriguing picture of a world that was in many ways kinder, less self-centred, more stoical than ours. Even if - or perhaps because there was a war on.

Caroline Taggart is the renowned author of over 25 books, including the Sunday Times bestseller I Used to Know That.

This was a lovely read! It was fascinating to read about Christmas through the ages and how...

Wonderful glimpse into a wartime Christmas

This was an absolutely fascinating read, I loved hearing of Christmases gone by and it was...

This is a very endearing and interesting book packed full of first hand true accounts of stories...

Oh, wow! This is such a valuable commentary on Christmastime during the Second World War....

Wow, I always knew they had it tough, but..

My grandparents were young when the war was on. I have always be curious, as to what holidays...

Tingling to the core

In so many ways heart-warming but also heart-breaking. I found the opening chapter containing the...