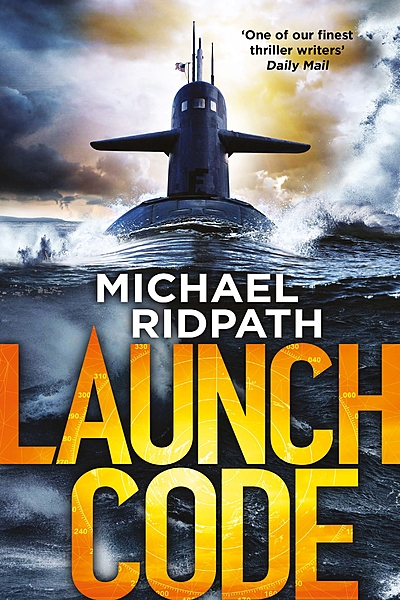 From the million-copy bestselling author, perfect for fans of Das Boot, The Hunt for Red October, Mark Dawson, Alan Furst and Mark Billingham

November 1983: Three hundred feet beneath the Atlantic, submarine Lieutenant Bill Guth and his fellow officers suddenly receive the order they've long-dreaded - to launch their nuclear missiles in a retaliatory strike against the USSR. But in the unexpected chaos that follows, one person on board lies dead...

Norfolk, 2019: Bill Guth's annual family gathering is interrupted when a historian turns up unannounced to ask about the near-apocalyptic incident back in 1983. Bill refuses to answer. But that night, the historian is brutally murdered.

Bill and his family are thrown under suspicion. What happened all those years ago? Just how much is Bill to blame for events in the past, and indeed the present? As the layers of history reveal themselves, it becomes clear there is a killer at work who will stop at nothing to keep the secrets of 1983 where they belong...

This is an intriguing book that has at its heart the premise that a nuclear war could be averted...

Excellent as ever from Ridpath

In the past few years Michael Ridpath has come out of nowhere and is now one of the authors I...

I thought this book was absolutely brilliant. I've always been a fan of thrillers but I've never...

The beginning of the book has an exciting start with a typical Ridpath style. Having read some of...

Interesting, something new but close to home

This sounds a very exciting thriller from the blurb mixing the past with the present day. When...