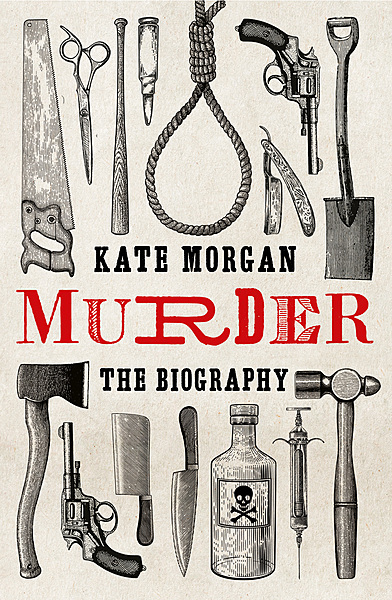 THE CRIMES. THE STORIES. THE LAW

The stories and the people involved in the history of murder are stranger, darker and more compulsive than any crime fiction.

There’s Richard Parker, the cannibalized cabin boy whose death at the hands of his hungry crewmates led the Victorian courts to decisively outlaw a defence of necessity to murder. Dr Percy Bateman, the incompetent GP whose violent disregard for his patient changed the law on manslaughter. Ruth Ellis, the last woman hanged in England in the 1950s, played a crucial role in changes to the law around provocation in murder cases. And Archibald Kinloch, the deranged Scottish aristocrat whose fratricidal frenzy paved the way for the defence of diminished responsibility. These, and many more, are the people – victims, killers, lawyers and judges, who unwittingly shaped the history of that most grisly and storied of laws.

Join lawyer and writer Kate Morgan on a dark and macabre journey as she explores the strange stories and mysterious cases that have contributed to UK murder law. The big corporate killers; the vengeful spouses; the sloppy doctors; the abused partners; the shoddy employers; each story a crime and each crime a precedent that has contributed to the law’s dark, murky and, at times, shocking standing.

Kate Morgan qualified as a solicitor in 2008. She worked as a senior in-house lawyer in the water industry for a number of years and is currently a Company Secretary. Kate has also written for legal publications including the Commercial Litigation Journal and is a contributor to Slightly Foxed, a quarterly literary magazine. Murder: The Biography is her first book.

A fascinating read providing the historical facts associated with the meanings of well known...

This is one of the most interesting books that I have read in a long time! Some of the cases in...

A history of the legal definition of murder had the potential to be a very dry, technical subject...

Macabre, but in the best possible way

As a true crime and murder mystery fan, this book immediately caught my eye, the wonderfully...

Grisly, macabre insight into murder and its past history

Huge fan of true crime, especially the older, more classic cases so this would be such a great...

i really really loved this first impression a lot. i enjoy non fiction books a lot and i’m...