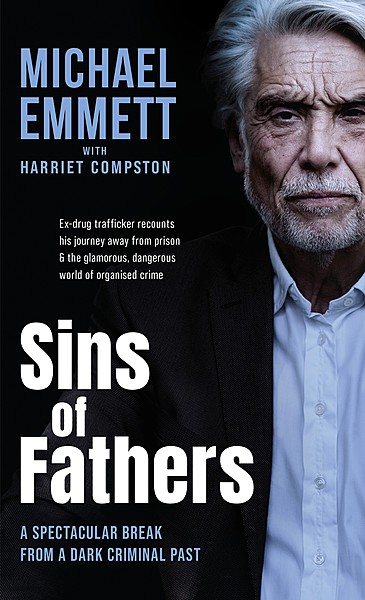 A Spectacular Break from a Criminal, Dark Past

Like many young men growing up in south London in the 70s, Michael Emmett idolised his father Brian, a contemporary of the Great Train Robbers and the Kray Brothers. As a result, Michael followed in his dad’s footsteps and at 18-years-old, he joined the family business and entered the world of organised crime.

Under his father’s tutelage, Michael’s criminal activities funded a reckless lifestyle marked by drugs, sex and violence. It all came to a crashing halt, when in 1993, Michael and his father were arrested in a dramatic confrontation with the police during a £13 million smuggling operation. Michael was sentenced to twelve years behind bars and would serve his time in the same prison as his father.

But behind the walls of HMP Exeter, Michael found something he never expected – answers. After joining an Alpha prayer group in prison, he had an experience that would shake the very foundations of his life.

Michael Emmett’s trajectory in life seemed simple. Born to a career criminal with links to the infamous Kray twins, it seemed inevitable that Michael would follow in his father’s footsteps and join the family business as an international drug smuggler. At just sixteen years old, Michael started working for his father and entered the glamorous, dangerous world of organised crime, before being sentenced to 12 years and a half years behind bars.

Since then, Michael has been released from prison and worked hard to reconcile his past with his hopes for the future. He is committed to helping prisoners and ex-offenders to find their own paths to peace.

This is the life story of Michael Emmett. A small time criminal who went on to bigger and worse...

I haven’t read a book like this before but i loved it and will be reading more!!! This book...

I love autobiographies, especially when someone can do a 360 degree turnaround and completely...

I can't wait to read more of this book. Being based on real life and period of history is that I...

From the very start there is a warmth and humility in the writing that makes me want to...

Wow! I'm totally hooked and really hope this is one I win as I need to know more! The blurb...