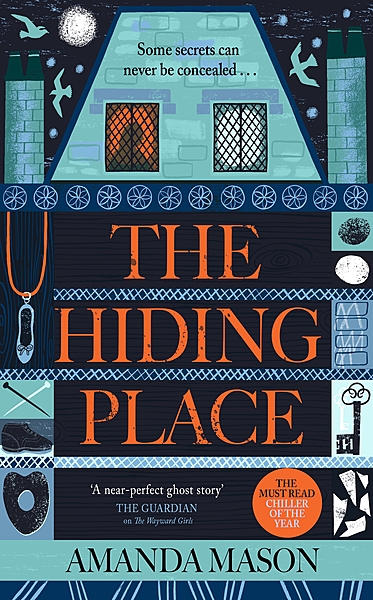 A haunting, compelling novel of mothers and daughters, secrets and deception

Some secrets can never be concealed . . .

Nell Galilee, her husband and twelve year old step-daughter Maude rent a holiday cottage by the sea, needing time and space away from home after Maude became involved in some troubling events. Nell grew up in this small, wind-blown town and has mixed feelings about returning, and it isn't long before she is recognised by a neighbour, seemingly desperate to befriend her. The cottage too has been empty for some time, and from the start Nell feels uncomfortable there. Something isn't quite right about this place . . .

Maude, furious about being brought here against her will and her father's attention falling so often elsewhere, soon finds herself beguiled by the house's strange atmosphere. There are peculiar marks in the roof beams above her bedroom, and in another room, a hiding place, concealing a strange, unnerving object.

As the house gradually reveals its secrets, Nell becomes increasingly uneasy - and Maude spellbound. But these women - and the women that surround them - are harbouring their own secrets too, and soon events will come to a terrible head . . .

Amanda Mason was born and brought up in Whitby, North Yorks. She studied Theatre at Dartington College of Arts, where she began writing by devising and directing plays. After a few years of earning a very irregular living in lots of odd jobs, including performing in a comedy street magic act, she became a teacher and has worked in the UK, Italy, Spain, and Germany. She now lives in York and has given up teaching for writing. Her short stories have been published in several anthologies. The Wayward Girls, her debut novel, was longlisted for the Deborah Rogers prize.

From the opening prologue the story draws you into a mystery. What events have lead to this woman...

Ghost stories are always good this time of year. From the start of October all the way through to...

This book is exciting!

I must start by saying that I am so excited about this book! The genre is my favourite, mystery...

I found the opening of this book really chilling and intriguing. I get the sense that there are...

This book looks an enjoyable read with a mysterious feel to it. When Nell, her husband and step...

The hints being left that there isn't quite something right in the house, are so subtle, to begin...