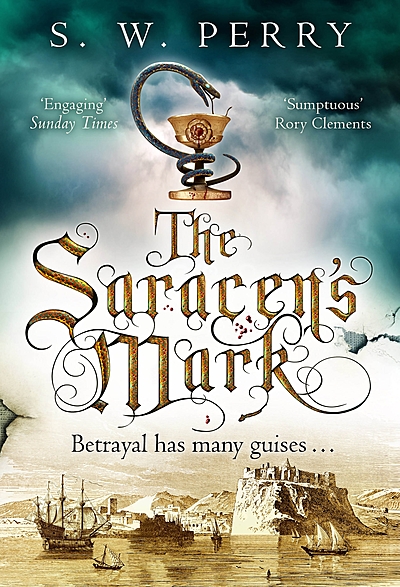 The third instalment of The Jackdaw Mysteries. A tale of conspiracy, murder and espionage in Elizabethan London and dazzling Marrakesh.

Betrayal has many guises...

London, 1593: Five years on from the Armada and England is taking its first faltering steps towards a future as a global power. Nicholas Shelby - reluctant spy and maverick physician and his companion Bianca Merton are settling into a life on Bankside. But in London there is always a plot afoot...

Robert Cecil, the Queen's spymaster, once again recruits Nicholas to embark on a dangerous undercover mission that will take him to the back alleys of Marrakech in search of a missing informer. However, while Nicholas hunts for the truth across the seas, plague returns once more to London - ravaging the streets and threatening those dearest to him.

Can Bianca and Nicholas' budding relationship weather the threats of pestilence and conspiracy? And will Nicholas survive the dangers of his mission in a hostile city to return safely home?

I really enjoyed this book, so different to what I've read before. The style of writing was easy...

Nicholas Shelby has a new mission, Robert Cecil is the queen's spymaster and he wants Nicholas to...

This is the third historical novel set in Elizabethan England featuring Nicholas Shelby and...

This seems very interesting, characters are well described. Cover is great! Would love to read...

The cover and title captured my attention straight away, and even though it is the third...

I have read other books in this series and the main characters and plot were brilliant so I have...