Michael Emmett’s trajectory in life seemed simple. Born to a career criminal with links to the infamous Kray twins, it seemed inevitable that Michael would follow in his father’s footsteps and join the family business as an international drug smuggler. At just sixteen years old, Michael started working for his father and entered the glamorous, dangerous world of organised crime, before being sentenced to 12 years and a half years behind bars.

Since then, Michael has been released from prison and worked hard to reconcile his past with his hopes for the future. He is committed to helping prisoners and ex-offenders to find their own paths to peace. 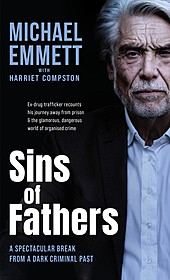