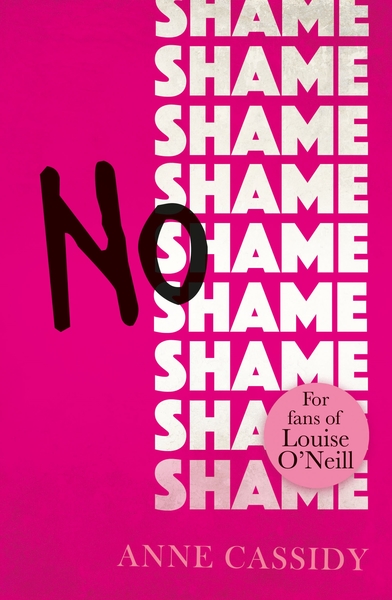 The powerful companion to NO VIRGIN. Perfect for fans of Juno Dawson and Malorie Blackman.

A tautly told and important book, perfect for readers of Asking for It by Louise O'Neill.

Stacey Woods has been raped and now she has to go through a different ordeal: the court trial. But nothing in life it seems is black and white and life is not always fair or just. Suddenly it seems that she may not be believed and that the man who attacked her may be found not guilty . . . if so Stacey will need to find a way to rebuild her life again . . .

Anne Cassidy was born in London in 1952. She was an awkward teenager who spent the Swinging Sixties stuck in a convent school trying, dismally, to learn Latin. She was always falling in love and having her heart broken. She worked in a bank for five years until she finally grew up. She then went to college before becoming a teacher for many years. In 2000 Anne became a full time writer, specialising in crime stories and thrillers for teenagers. In 2004 LOOKING FOR JJ was published to great acclaim, going on to be shortlisted for the 2004 Whitbread Prize and the 2005 Carnegie Medal. MOTH GIRLS, published in 2016, was nominated for the 2017 CILIP Carnegie Medal and shortlisted for the 2017 Sheffield Children's Book Award.

A Difficult but Important Read

This was such an important book that tackles an incredibly difficult and sensitive topic. The...

I devoured the second helping of Stacey Woods story straight after reading No Virgin. I'm a...

I read the prequel to this book in a day and therefore when I new 'No Shame' was being released I...

This book is about a sensitive subject, which was very insightful. When I first read the first...

The striking cover immediately demanded my attention, and when I read the blurb I knew this was...

I would love to win a copy of this book. This story has grabbed my attention. It seems...