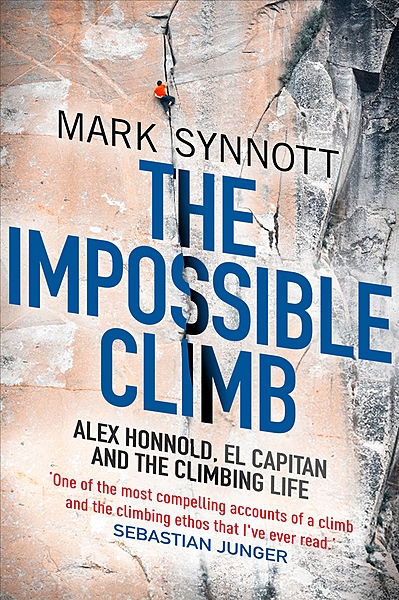 An intimate account of Alex Honnold's unprecedented, almost unimaginable feat: a 3,000-foot vertical climb up El Capitan in Yosemite, without a rope.

One slip, one false move, one missed toehold and you're dead.

On June 3rd 2017 veteran adventure journalist and professional climber Mark Synnott was in Yosemite to witness something that only a handful of people knew was about to occur: the most famous climber in the world, Alex Honnold, was going to attempt to summit one of the world's most challenging ascents, a route called Freerider on the notorious rock formation El Capitan. It is a climb extraordinarily dangerous and difficult, and yet Honnold was going to do it 'free solo'. Meaning no help. No climbing partner. No equipment. No rope. Where a single small mistake would mean certain death. To most, it would be an insane proposition. But most are not Alex Honnold, and few know this better than Mark Synnott, which is why National Geographic sent him there to cover the story.
Indeed, to summit El Cap free solo was a feat likened to Neil Armstrong first walking on the moon.

In The Impossible Climb, Mark Synnott uses his own career as a professional climber, its intersection with that of Alex Honnold and the lead-up to Honnold's historic ascent, to paint a insider portrait of the elite climbing community, exploring what motivates them, the paradoxical drive to keep the sport pure and at the same time to fund climbs, and the role that awareness of mortality plays in the endeavour. We watch through Mark's eyes as Alex plots, trains and attempts his heartstopping free-solo ascent. Ultimately this is a story not only about climbing but about what makes us human, how we respond to fear and our drive to transcend the inevitability of death.

Mark Synnott is widely regarded as one of the most prolific adventurers of his generation. He has written for publications including Outside, Men's Journal, New York, Skiing, Climbing Magazine, Rock and Ice and Ascent among others. Today he works almost exclusively for National Geographic Magazine. He lives in New Hampshire.

I have not read books about climbing for a while and The Impossible Climb was a great...

Mark Synnott caught me, right from the start of this book: 'The Impossible Climb'. It was easily...

One slip, one false move, and you're dead. On June 3rd 2017 veteran adventure journalist and...

At the core of this book are life lessons. The book itself, follows Alex Hannold- a climbing...

I have visited the Yosemite area a few years ago and can remember the guide mentioning this...

This is the story not only of the first free climb of El Capitan in Yosemite but also an account...